Mission accomplished, Austin.  You are weird.  Now get over yourself! 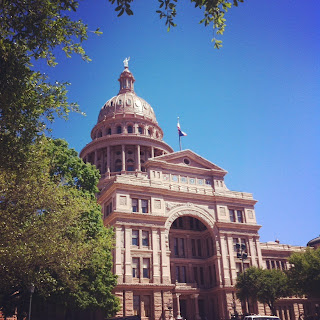 My family moved to Austin back in early spring from Midland, TX.  When we found out we were moving everyone said how lucky we were to have the opportunity to live in Austin.  Well, as harsh as it sounds they could not have been more wrong.  At least in part.  Here is the deal with Austin - it is beautiful beyond belief, there are cool restaurants and bars everywhere, tons of things to do to outdoors and it's the capitol of our great state of Texas.  So where is the disconnect?  Why does this place rub me the wrong way all day? 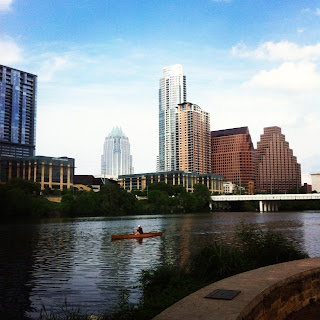 It is odd to say but the short answer is the "Austin-attitude."  I'm not so cynical that I lump all people who live within Austin city limits into this demeanor.  There have been some lovely people that have popped up in my path over the past six months, and to them I say, 'thank you!'  But the "Austin-tude" comes from the ridiculous idea of "keep Austin weird".  Those that apply to that way of thinking are so hell-bent on keeping Austin unique and special are the same ones that want to make sure that everyone else agrees with Austin being the best most revolutionary place to ever exist (sorry Rome) but also insist that you not stay too long.

These folks insure that you will not want to linger longer than your allotted vacation time bound by the dates of Austin City Limits or SXSW.  There is such a push to keep people from settling in Austin that the roadways were not expanded for years as a deterrent (so the conspiracy says).  Lucky for me and all of those that sit in traffic that rivals DC patterns, change is a coming! 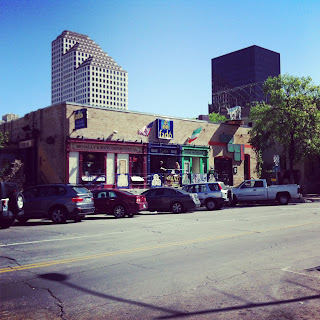 I don't want to feel this way about the city that I live.  Almost everyday I try a new experiment to lighten the mood.  Yesterday, while walk/jogging - wogging, around Town Lake I made a point to smile at every single person that I passed and in some cases say, "Good morning".  This is a slightly tainted  experiment because I have a baby and while pushing a baby around most people will smile, if not for me, for the adorable smiling pink thing bouncing along in my stroller.  Alas, this was not the case.  Blorp.

This entire blog post came into words after reading an essay this morning entitled, "Why I Hated Dallas - and How I Fell in Love with It" by Sarah Hepola.  She is from Dallas but did not appreciate it in her youth.  She was out as soon as she was able and was off to places like NYC and my very own Austin.  She was a lover of Austin and its weirdness as well.  When she visited it years later this is what she found...

"Meanwhile, I visited Austin not long ago, and I was gobsmacked by shiny new construction by the lake, which I described in a way that many other people have: “This feels very Dallas.” I adore Austin and always will, but the hippie-dippie college town of my youth has transformed into a yuppie heaven where everyone seems to be a marathon runner, a bicyclist, a doting parent or all three at once."

I love Dallas.  I also went to the school that all Longhorns love to hate located on the other side of the Red River.  Maybe these are the reasons that I don't fit in here.  Somehow the Urban Outfitter clones know that I don't belong...but I will win them over.  Eventually.  But back to Sarah's excerpt - what cracks me up is how there are many parts of Austin that look like Dallas.  I live in one such area.  But what tickles me even more is that majority of these Austin people that don't exude the Southern Hospitality that Texas is known for are not in fact from Austin at all.  It seems as if majority of the snooty-poots aren't even from Austin!  Let's us share the city, please.  We can all keep it weird, or fun, or granola-y, or whatever together with whomever else wants to come play. 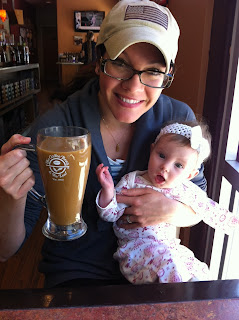 While it might take a while, this place will become home.  While I have no friends yet I know deep down that they will come.  Fitting in is not the end goal, it's acceptance.  Acceptance of my having moved here, of the fact that I don't bleed burnt orange and acceptance of the fact that I'm from Dallas. For now I'm going to enjoy all of the beauty and great things that come along with Austin and take the Austin-tudes with a grain of salt.

Wish me luck!  It is very pleasing that The Coffee Bean has made its way to the capitol of Texas.
Posted by Lauren

I visited Austin once, and was not particularly impressed. With all the hipster hype, I was expecting it to be more like Greenwich Village in the early 80's. Contrived weirdness is annoying.

I love Houston, though.