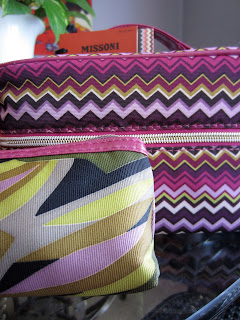 Target and Missoni did a great job promoting their pairing that launched in-store and online on September 13th.  They did such a great job that most Target stores were completely cleared of all of their Missoni for Target merchandise within a few hours.

While I have had the Missoni for Target launch in my calendar for almost two months I had to work Tuesday morning and didn't make it to the store until a little after 12:00 pm.  By that time all of the clothing was out of there with the exception of two styles of less than stellar blouses.  I quickly skipped over those and headed to the cosmetic bags that I had gone intentionally to purchase.  After snagging a couple I toured the store to see what else was left to pillage.

Here is what I scored: 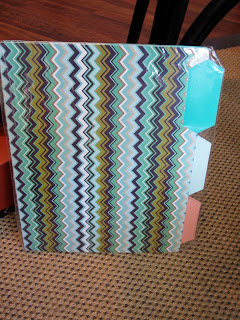 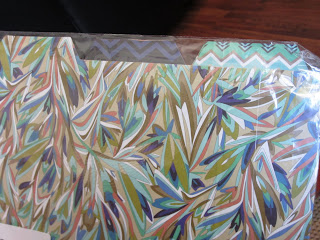 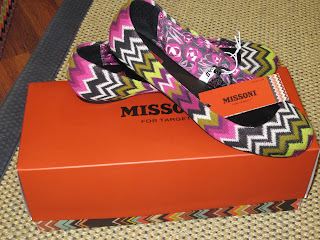 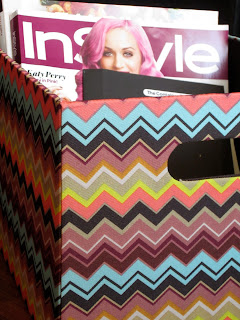 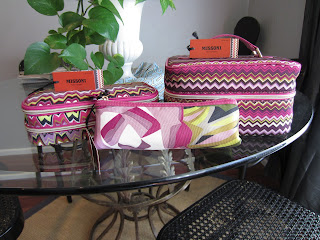 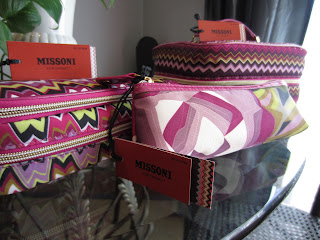 There was one pair of chevron flats left in what was close-enough to my size, an adorable knit baby romper, some file folders and a few cute bins.  They still had the candles but while the designs were cute they didn't smell all that great and for $12.99 each I figured they were worth passing up.

I was so flabbergasted (but not shocked) with the apparent Missoni collectors turnout that I had to call my mom in Dallas to find out what the response was there.  Same.  She was able to squeak out of there with a couple of cute melamine bowls, seen below. 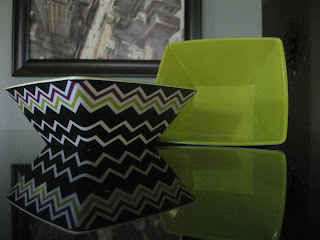 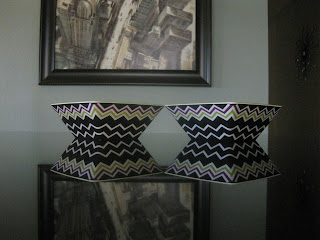 What tickles me so much about this phenomenon is that while each item has a "Missoni" label, albeit a "Missoni for Target" label, it is still Target quality merchandise.  Don't misunderstand me, I have quite a few Target labels in my closet and home, but the fact remains that the cute little flats I picked up do not feel like any better quality than the Merona or Mossimo brands that you can purchase any day of the week (without fighting another chick for).  They are kind of flimsy and feel a bit like felt, however they are cute.  When I checked out the cashier told me that a woman had even had her cart of Missoni goods stolen in the store by a Missoni-crazed broad and that there was a line of women waiting for the doors to open at 8:00 am.  Bizarre!

With all of this publicity and success of another major designer pairing with Target (my favorite up until now was Calypso) I'm hoping that you will see more designers create affordable lines for the classic go-to store.  I'm thinking that Kate Spade would be the next perfect candidate.  What do y'all think?  Did you haul your cookies to Target to find a designer deal?  What designer would you like to see make the reasonably priced jump next?